Need An Energy BOOST? What do you do? Do you reach for the ‘Energy’ Drink?

Carbonated Energy Drinks sales in Australia reached over a Billion Dollars last year. Red Bull made over 1.2 Billion Dollars second only to ‘V’.  This makes made me wonder: Do they really do what they say they do?

Researchers conducted a study among elite sports people to find out if drinking energy drinks boosted performance. Elite Cyclists were examined over a 25 kilometer time trial. One group of cyclists were given an energy drink 50 minutes prior to the trial. The other groups were given alternatives or flavoured water. 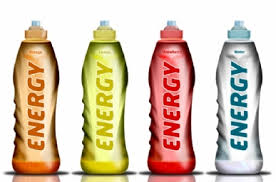 Now, this is just one study which looked at carbonated energy drinks.  There are likely other studies that would show the opposite is true. The biggest key variable being the way and time before the event that caffeine is taken. So why talk about this study at all? Because the real impact of the study that interested me is the other finding of this study.

But What About The Average Person?

The researchers also checked the blood of these cyclists. This showed that cyclists actually went into mild hypoglycemia (low blood sugar) which stimulates the release of stress hormones within the body. Why is this a problem?

The Effects On The Body?

Regular low blood sugar due to carbonated drinks would result in the over production of stress hormones. The stress hormone, cortisol, is public health enemy number one. Scientists have known for years that higher cortisol levels: interfere with learning and memory, lower immune function and bone density, increase weight gain, blood pressure, cholesterol, heart disease… The list goes on and on.

A Goodnight Sleep Refreshes The body

Maybe its time to rethink using on these drinks in times of low energy?

Maybe there is no better solution for low energy than a goodnight’s sleep, drinking plenty of water, eating healthy foods and staying positive?